In a momentous address to the nation on Thursday, November 20, 2014, President Obama announced his much-anticipated plans for immigration reform through executive action.

As announced, some of the critical aims of the President’s executive actions would be:

Some of the key initiatives outlined include:

It is important to note that while the President has announced the executive actions yesterday, it may take some time before the initiatives are actually implemented on the ground. It is expected that while some initiatives will be implemented in as little as 1-2 months, others will take longer. We are following the updates closely and will keep you informed of further developments as they unfold.

To be fair, we contacted Visapro very late to obtain a P1 Visa. Thanks to the efforts of the dedicated staff at VisaPro, we had the Approval Notification in our hands within three and a half weeks!" 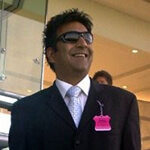