Department of Homeland Security (DHS) has announced that the United States intends to enter into negotiations to expand air preclearance operations to 10 new foreign airports.

The 10 airports identified for possible preclearance locations are:

Under the preclearance program, which is currently available in 15 airports, travelers undergo the immigration, customs, and agriculture inspection before boarding a direct flight to the United States rather than upon arrival in the U.S. The program facilities U.S. Customs and Border Protection (CBP) Officers stationed abroad to screen and make admissibility decisions about passengers and their accompanying goods or baggage heading to the United States before they leave the foreign port.

We worked with VisaPro to obtain an L-1 visa and the Green Card. The service provided was professional in every aspect – structured approach, fast feedback, very skilled people, quick status updates through our account on their website. The preparation of the documents was perfect, and Visa and Green Card were approved without any additional questions asked.” 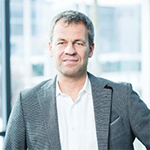 Tired Of H-1B Denials? Read Personal Stories And Their Solut…