USCIS has announced that it has received a sufficient number of H-1B petitions to reach the statutory cap for fiscal year (FY) 2016. USCIS has also received more than the limit of 20,000 H-1B petitions filed under the U. S. advanced degree exemption.

USCIS will now conduct a computer-generated process (H-1B Lottery) to randomly select the number of petitions needed to meet the caps of 65,000 visas for the general category and 20,000 under the advanced degree exemption.

USCIS will complete initial intake for all filings received during the filing period which ended on April 7, 2015 before running the lottery. After today, USCIS will not accept H-1B petitions subject to the FY 2016 cap or the advanced degree exemption. Meanwhile, it will continue to accept and process petitions that are otherwise exempt from the cap.

To learn more on how you must evaluate and utilize alternatives to the H-1B category visit What Would You Do If the H-1B Cap is Reached?.

We are all very happy to receive the Very Good News of my L1 Visa Approval. The full credit for this goes to you all at VisaPro team. I really appreciate all your hard and timely efforts in this case.” 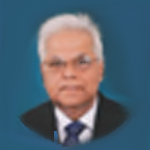