Hello and welcome to the November 2008 Immigration Newsletter!

Barack Obama, an African-American, the 44th president of United States!!! 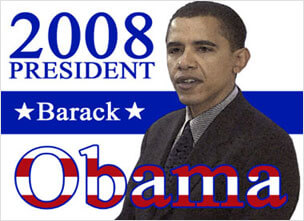 Political history was made in the US in the month of November. The United States presidential elections were held on Tuesday, November 4, 2008. The final month of campaigning was feverous for both major party candidates as several issues, in particular the worldwide financial meltdown, created a new stage for them to work upon. On the history making side of things, this was first time in US history that an African American (Barack Obama) was elected president. The presidential race was noteworthy because it was the first time that two sitting senators ran against each other, as well as the first time an African American was a presidential nominee for a major political party. In addition, it was the first time in history that both major candidates were born outside the continental United States — Hawaii for Democratic nominee Barack Obama and the Panama Canal Zone for Republican nominee John McCain. Moreover, since the Republican nominee for vice-president was a woman, Alaskan Governor Sarah Palin, the eventual winning ticket was bound to be historic, as neither an African American nor a female had achieved either of the respective offices. Senator Joseph Biden, Democrat Barack Obama’s running mate, is the first Roman Catholic to be elected vice president.

Senator Obama, in his book, “Change We Can Believe In” talks about his ideas for comprehensive immigration reforms. He points out that politics and partisanship must be first set aside. Only then would a comprehensive immigration reform policy be successful. He set up certain reforms to cover securing borders, enforcing laws by cracking down on U.S. employers that hire undocumented immigrants, and reaffirming the heritage of the U.S. being a nation of immigrants. Obama also plans to create a pathway to U.S. citizenship to those undocumented immigrants who have been working and paying taxes. They would have to pay a penalty, pay taxes, and learn English but would have to fall in the back of the line of those who came to the U.S. legally. Obama wants reasonable immigration fees imposed and timely, accurate security background checks. He also wants to attract the most talented people in the world by improving permanent and temporary visa programs. 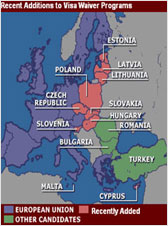 The month of November had its ups and downs in the world of immigration. This first item for this month brought pleasant news for people in several countries around the globe. People from seven countries have reason to celebrate as the USCIS added seven new countries in the list of those qualified for the Visa Waiver program. This was announced by US President George W. Bush at a ceremony in the White House Rose Garden on Friday, October 17, 2008. The seven new countries to the list of Visa Waiver countries are the Czech Republic, Estonia, Hungary, Latvia, Lithuania, Slovakia, and South Korea. These countries were added to the Visa Waiver Program under a new law recently passed by the US Congress and have met all the requirements under that law to be admitted to the Visa Waiver Program. Soon the citizens of these nations will be able to travel to the United States for business or tourism without a visa. President Bush closed his speech by stating that “extending this opportunity to some of our closest allies deepens our friendship and makes all our countries safer.” We all look forward to this step forward in our relations with these countries. We also look forward to the next round of additions which will likely include Bulgaria, Cyprus, Greece, Malta, Poland, and Romania.

The USCIS designated November as “Veterans Appreciation Month” to honor the sacrifices of all those who have served and continue to serve in the United States armed forces. A range of ceremonies and activities occurring throughout the month include naturalization ceremonies for members of the armed forces, educational seminars at military installations for service members and their families, and a comprehensive initiative to hire severely wounded or disabled military veterans. Acting USCIS Director Jonathan Scharfen said “as a veteran of our military, I know first-hand the sacrifices our nation’s veterans make to secure our freedom. . . Their selfless service and willingness to answer America’s call to duty is a constant source of inspiration.” This is truly a great tribute to the people serving in the military and armed forces. 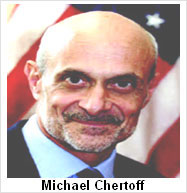 Michael Chertoff, Secretary of the Department of Homeland Security, in an entry in the Homeland Security Leadership Journal, commented on the successes of immigration enforcement over the past year. He noted that “apprehensions of illegal immigrants along our southern border decreased 17 percent; last year, apprehensions decreased 20 percent – a clear indication of reduced crossing attempts. Remittances to Mexico and Latin America are also down for the year, another indicator of successful enforcement.” He also cited a study that shows that for the first time in years the “flow of illegal immigrants into the United States dropped below the number of those legally entering the country,” a clear indication that the heightened focus on the enforcement of immigration laws. This is further borne out by the following story. 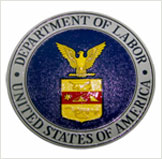 The US Department of Labor (DOL) following an extensive investigation, found GlobalCynex Inc., a Virginia-based company, guilty of violating the H-1B visa provisions of the Immigration and Nationality Act (INA). The investigation by DOL’s Wage and Hour Division found that employees hired under the H-1B visa program were not paid the required wages from March 2005 through March 2007. Wage and Hour Division investigators also found that the company charged new H-1B visa workers training fees ranging from $1,000 to $2,500 that were in violation of the law. Under immigration regulations H-1B visa workers must be paid at least the same wage rates as are paid to US workers who perform the same types of work or the prevailing wages in the areas of intended employment. As an outcome of the investigation GlobalCynex Inc., a Sterling information technology company, has agreed to pay $1,683,584 in back wages to 343 H-1B non-immigrant workers after the company was found guilty of violating the H-1B visa provisions. The USCIS and the DOL will continue to take strict measures to see that US employers do not violate the provisions of the INA. 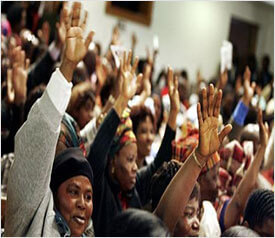 Finally, on October 28, 2008, USCIS issued a reminder to Hondurans, Nicaraguans and Salvadorans, who are eligible for Temporary Protected Status (TPS) that they need to, file a TPS re-registration application before the end of the re-registration period; Dec. 1, 2008 for Hondurans and Nicaraguans, and Dec. 30, 2008 for Salvadorans. Earlier this summer the USCIS announced the 18-month extension of TPS for nationals of Honduras and Nicaragua effective through July 5, 2010, and through Sept. 9, 2010, for nationals of El Salvador. Only Hondurans, Nicaraguans, and Salvadorans who have received TPS previously must re-register for the 18-month extension. Failure to file a TPS re-registration application during the re-registration period without good cause will result in withdrawal of TPS benefits, including employment authorization and protection from removal from the US.

President-elect Barack Obama, in an unprecedented step, held a press conference well before he is inaugurated as President to explain that he would make the middle class his first priority when he assumes the presidency in January 2009. He was solemn in his remarks, stating that the United States is facing the “greatest economic challenge of our lifetime.” Traditionally, president-elects do not host press conferences prior to their inauguration. However, Obama is being held to high standards in his expectations and is already receiving President George W. Bush’s daily intelligence briefing. He attempted to temper these expectations, telling reporters that “the United States has only one government and one President, and until January 20th of next year, that government is the current administration.”

Obama’s Kenyan half-aunt, an illegal in Boston, to fight US Deportation Order

Barack Obama’s aunt, a Kenyan woman who has been quietly living in public housing in Boston, is in the United States illegally after an immigration judge rejected her request for asylum four years ago, The Associated Press has learned. According to reports, the paternal aunt of President-elect, Barack Obama, is to fight a US Government move to deport her to her native Kenya. Zeituni Onyango, 56, referred to as “Aunti Zeituni” in Obama’s memoir was first ordered to leave the United States in 2004 after her request for political asylum was rejected. Since then she has been living in a public housing estate in Boston from where she fled to Cleveland, Ohio. Just few days before the November 4 election, her immigration status and relationship to Mr. Obama were first revealed by the press.

The Department of Homeland Security (DHS) will award more than $3 billion in grants to states, urban areas and transportation authorities under 14 programs to bolster national preparedness capabilities and protect critical infrastructure in the Fiscal Year 2009. The DHS’ fiscal Year 2009 grant programs provide $24 million more than last year to enhance the nation’s ability to prevent, protect against, respond to and recover from terrorist attacks, major disasters and other emergencies. This includes the department’s two largest grant programs: the Homeland Security Grant Program (HSGP) which totals more than $1.7 billion, and multiple infrastructure protection programs, totaling more than $845 million. The Homeland Security Grant Program (HSGP) has come up with certain plans for the FY 2009 which focuses on six priorities, tailored to either states or urban areas.

The USCIS has designated November as “Veterans Appreciation Month” to honor the sacrifices of all those who have served and continue to serve in the United States armed forces. A range of ceremonies and activities occurring throughout the month include naturalization ceremonies for members of the armed forces, educational seminars at military installations for service members and their families, and a comprehensive initiative to hire severely wounded or disabled military veterans. “As a veteran of our military, I know first-hand the sacrifices our nation’s veterans make to secure our freedoms, said Acting Director Jonathan Scharfen. “Their selfless service and willingness to answer America’s call to duty is a constant source of inspiration.”

Now for the regulars – this month’s Immigration Article unveils you whether it’s your I-94 or your visa that determines your length of stay in US. People often get confused between the I-94 card and visa and eventually fall out of stay or land up as an illegal resident in the US. So keeping this view, our writers have designed this article exclusively and especially for you to help you understand the difference between the I-94 and visa. This article also explains you in detail the purpose of both the I-94 card and the visa. Also check out our In Focus section for this month which reveals you the Inspection Process followed at US Ports of Entry, specifying the things that you must know if you are entering the US for the first time.

Every month we introduce a new and interesting question for our opinion poll. Last month’s poll results indicate that approximately 50% of the respondents believe that the spouse of a Permanent Resident cannot receive a K-3 visa. We appreciate that people take interest in the opinion question and cast their vote to give us their feedback. Keep it up! And continue to cast your vote to express Your Opinion.

We congratulate Lionel N. Ahmad for winning last month’s Immigration Quiz. Again, we received a significant number of responses from our readers, who talked about various solutions to support their position, but Lionel N. Ahmad gave the correct answer and won a free online consultation to discuss his Immigration issues. So it’s time to get ready for this month’s quiz. If you know the correct answer your name might be featured in next month’s newsletter. All the Best!!!